A relatively young city incorporated in 1947, Weirton's roots date back to the mid-1700s when pioneers settled in Holiday Cove. The frontier settlement was located in a valley where Harmon Creek empties into the Ohio River, which is one of the country's major navigable waterways. The fertile valley is far enough away from the mighty Ohio River to escape devastating floods yet close enough to the river to take advantage of its fresh water and cheap transportation.

The town that became Weirton had a change in lifestyle from farming and small business to industry shortly after the turn of the 20th century. In the spring of 1909, young industrialist E.T. Weir came from his hometown of Pittsburgh and purchased 105 acres of land. Weir had a sheet steel plant in Clarksburg, WV, but expansion there was impossible, so he began his search for property upon which to build a new plant. By the end of 1909, Mr. Weir had 10 mills operating. From those humble beginnings, Weirton Steel became the fifth largest steel producer in the country. In recent times, foreign steel imports and other factors have forced Weirton Steel into an ongoing recovery process.

Today's community of hardworking people evolved from that modest beginning. Immigrants from all over the world, but primarily from the European countries where they had experience with industrial type work, came to find employment in Mr. Weir's mill.

The influx of workers created a boomtown in the pleasant valley and as Weirton Steel grew so did the community. Four towns emerged during the early part of the century. They merged in 1947 and the city continued to grow reaching a peak population of more than 28,000 by 1970.

With the incorporation of towns, Weirton became the only city in the United States that sits in one state while its borders touch two other states. The city of Weirton is divided between Brooke and Hancock Counties. City government consists of a mayor and council with a city manager. 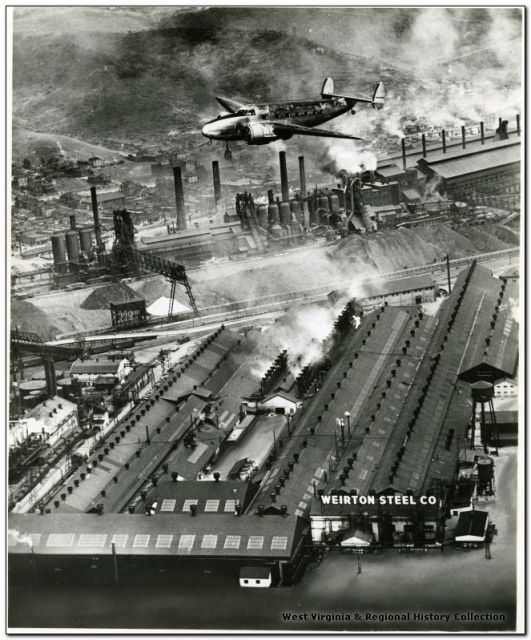 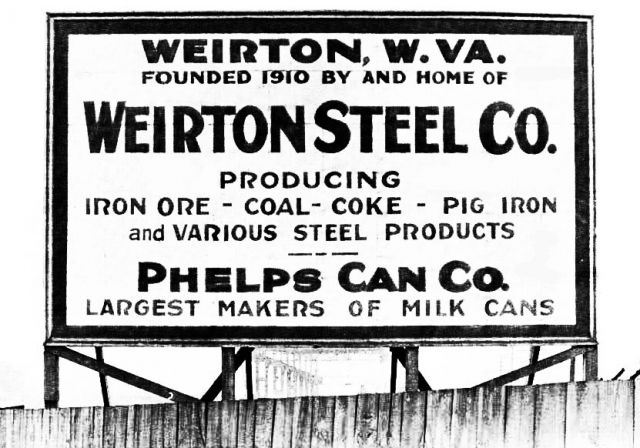 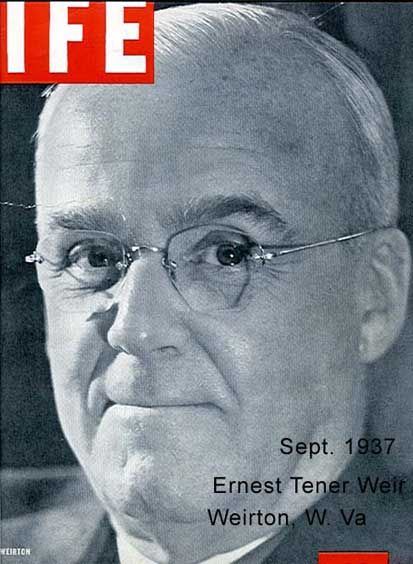